Amish in Smicksburg, PA Make Hay While the Sun Shines

Yesterday it was over 100 degrees in Smicksburg, a small town sixty miles NE of Pittsburgh. While I was comfortable in my air conditioned Jeep sipping a cold frappuccino, I passed by men out in the fields, making hay. There was a weather warning not to be outside. Should I stop the car and tell them?  I thought for half a second and drove on. I know by now what my Amish friends would do – laugh. These Amish men are the ones who put a new roof on my house, built our barn and addition, sometimes during a major heat wave.
While visiting a friend in Lancaster, we passed Amish who used John Deer tractors pulled by a team of horses. Their hay machines shot out cubes of hay. They were shocked when I told them my Amish friends in Smicksburg use the old-fashion hay rakes and stack their own hay by hand. When I told them they dam up a creek and make their own ice for their iceboxes, their mouths gaped. "They don't have refrigerators? You're joking." They have natural gas or propane refrigerators. They were Old Order Amish, but were constantly challenged by modern technology, what to allow and what to ban.
I came home having more appreciation for my Amish friends. They’re similar to the Amish in Western New York where I used to live. They face the same challenges technology throws at them, but they stick to their old ways. I wish people didn't feel they need to drive to Lancaster to see the Amish. The Amish live in over 28 states now and their population is a quarter-million strong. If you do your research, you may find you have a in your own backyard.

Hope you enjoy these pictures I took, once the men looked the other way. Taking a photo of Amish faces will always be banned....I think. 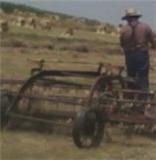 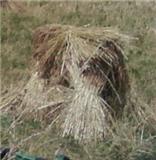 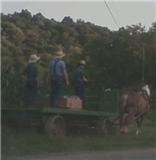 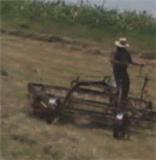